Last year Udacity downsized and lay off about 20 % of its workforce. At the same time SEEK invested 165 million USD in Coursera and FutureLearn. Who is the one that does not get it? Or, could actually both of them be wrong? Could even a third way to see it be the big point?

In the early days of the digitalized music industry, there were several startups that a lot of people assumed finally would make it. But they did not. Most of them disappeared instead (iTunes was an exception).

But then streaming arrived and today we all know; it has become the new name of the game.

Why did several of these startups vanish? Well, in some cases because they were actually too eager to earn money far too quick, and the market was not really ready for it so to speak. Adding to that; not all of them had found the business model that finally would be “the one”. Or, they ended up in situations where their investors wanted their money back now, and not later.

Timing and being able to afford what you are up to during the road is of importance when acting like this. One also have to accept a certain amount of experimentation during the road (actually; a decent amount of it).

On the other hand; some of them was actually willing, and also able, to run their own business without profit for a long time. Several of them also became the ones that finally made it.

Spotify is a good case here. For a long time, a very long time actually, they were not only willing, but also able, to run their business as some kind of “non-profit-endeavor” (in some markets they still don´t earn money). One could even claim that the only thing they were up to for a long time was “collecting customers”, and making us all “go digital”.

That is what some people do, if they are really in it for the long run and believe it finally will become possible to change an industry structure completely.

Finally, Spotify also did manage to change the music industry. Today their position on the new business landscape is strong, very strong. 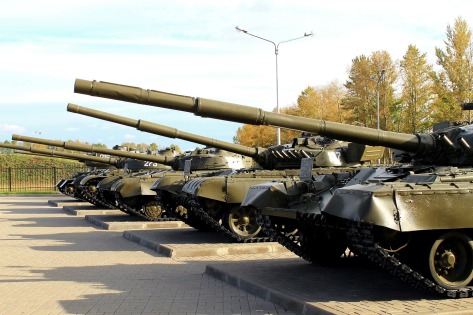 Read Hoffman, founder of PayPal and LinkedIn, have already explained this way of reasoning in his radical book “Blitzscaling”. It is worth reading in the context of E-learning.

Or, of course, it can also be about being the one that loses this game of “all or nothing”.

Could all this then explain why Udacity downsized last year, at the same time as SEEK invested in not only Coursera but also in FutureLearn?

Then, where are the ones willing, and able, to run the Blitzscaling strategy in the business of E-learning, to be found now?

Or, maybe you can see it in this way instead; if you don´t have high cost, and don´t care that much about short-term-profit, you will be able to head for a new business for a very long time, without getting the big brake. And that was actually the way Reid Hoffman ones created LinkedIn.