The album game died out. Instead, it has become a game of singular songs. The change of the bounding logic in the music industry is intimately linked to when that industry was disrupted. Playlists has evolved. What could then happen if unbundling happened in the world of education? Could it already be on its way?

In the system for obtaining a driver’s license, the bundling logic is quite different from the one we find in large parts of the education world. One player teach you how to drive. Another one gives you the driver’s license. The role of driving schools is education. The role of the authorities is examination.

The driver’s license system shows that the bounding logic we have in the education world is actually not obvious. It is possible to bundle things differently. The music industry for instance just did.

However, there is a specific point in the logic of the driving license system. Indeed, it is considered more credible that a party other than the one providing the training itself issues the driver’s license.

In the university world it looks different. The academic you study also examines you. It is so for historical reasons. Once in the world, an academic had unique skills. It was the only person who actually could know whether or not you knew the topic. It is no like that anymore.

Then why is the boundary logic of the driving license world different? This is probably because it is not considered a unique skill to teach someone to drive a car. At the same time, it is considered important that a credible actor, another actor (!), decides whether or not you can drive a car out in society.

Digitization has, so far, already changed the bundling logic of the music industry. But for instance AirBnB and Uber have shown that the bounding logic also already has changed in more industries than that.

Is it uniquely difficult to teach anyone much of what is taught at today’s university today? Hardly. At least not all these college students who hang out on YouTube instead of attending their university lectures seem to think so. They do have a point. You can learn almost anything yourself today thanks to the web.

That is why universities often talk about the value of a degree. Because there, they still have a monopoly.

But, do they really?

Yes, within certain professional groups, there are, still, definitely statutory examination monopolies, directly or indirectly. Doctors and lawyers, for instance. But within, for example, the engineering profession and the trade profession, no such monopoly applies. 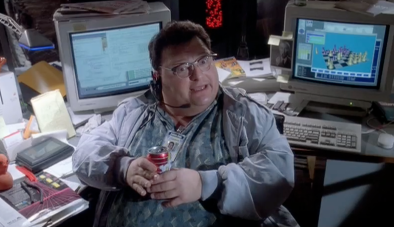 That’s why a young person of today who has learned to program at home in the basement can call himself an engineer, without either the long arm of the law getting annoyed, or having someone familiar raise his eyebrows.

To have a degree from a well-established university in the engineering and commercial professions thus actually just means a “stamp in your forehead”. It is to take part in a well-known knowledge actor’s brand, you could say. And say what you want but some brands, such as Cambridge, Sorbonne and MIT, are extremely strong.

Such stamp in your forehead obviously has value.

And; a brand is not actually owned by the supplier. A brand is owned by a person, who carries it. IKEA thus owns its Trademarks, but not its brand. Brands are “perception” in the head of someone. In practice, this means that if the perceptions of a brand falls, then a lot of other things also might fall down.

Is it likely that this will happen in the world of education? Well, it depends a little on how you see it, and what will happen next.

At present, it is parents, businesses and the youth themselves who often support them. It’s a bit like; “obviously you should go to INSEAD, dear son, because that is what I did when I was your age”, or “you can get a job with us if you have a degree from ETH”, or “I’m smartest, and coolest, among my friends, because I’ve been to Oxford ”.

Are there any signs that these “perceptions” are in the process of changing? Quite a lot actually.

An indication is this: it is often more important to show what you can do, and have done, if you want the job as a programmer at a startup. In the startup world, graduating from a prestigious university is not as important as it can be if heading for a job at well-established large industry.

Another indication is this: over the past few decades there has been talk of how expensive it can be to attend a prestigious university – tuition fees have really gone up, for instance in USA. Is it worth the money? Can the parents even afford it any longer? Do parents “perceive” such an investment really worthwhile, if it is put in relation to the alternatives that exist today?

If you can learn as much from watching TED’s various interesting lectures as listening to an individual professor, well then you can. If Siri can be as good at helping you to learn Spanish as a university Spanish teacher, well then it can.

How would if affect your younger sisters “perception”, if you got the job at that really cool startup, not thanks to your possible prestigious degree, but because you instead sat at home in the basement and you learned how to program when you were younger?

How does a young generations “perception” get affected by the following fact: a large proportion of the past decades’ CEOs for different billion-dollar businesses appear to be school dropouts? Zuckerberg is a good case. A lot of young people know his personal background.

And what does it mean that companies like Google and others nowadays completely give out different types of diploma, and which have a value when applying for a job? Google is actually not a university at all, so how could they? How dare they?

But having a diploma in, for example, Analytics seems to have a value. And Google’s own brand is, after all, rather strong. Unusually strong. Learn Analytics, get a diploma in it, and put it on your resume and the likelihood that you will be able to get a good job in the future increases. At least that is what industry seem to “perceive”.

You can find another sign on LinkedIn. The “skills” you can help one of your network contacts with is a way for you to act as an external party to someone else. You tell that the person actually knows something of value. In some sense it is the similar value given to another person as an academic is giving someone when they get their degree. Just different brands, and examination-process, behind it. But it is “perceived” to be of value. 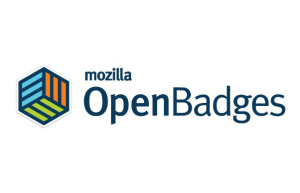 Another sign is the digital knowledge system that Mozilla worked on for some time. Open Badges. Through this system you could get help from an external party to claim that you had skills in something, even if a university did not give degrees on it. Well, they closed the initiative, but the mere idea indicates something.

New systems for getting a degree, getting your so called “credentials”, seems to evolve at many places at the same time. It seems to be “perceived” of value to develop such systems.

The fact that someone other than yourself claims that you know something has quite obviously been “perceived” to be of some kind of value for along time. That is why we often cite so-called references when applying for a new job. Someone you’ve worked with before tells you that you’re good at something. Your former boss can give you the “stamp in your forehead” you need to get the position.

Adding to all this: MOOCs, like Edx, Coursera, Xuetang, FutureLearn etc seem to evolve pretty well. At this moment millions of people are taking their courses. Well, they do not give “traditional degrees”, but they give you diploma. And it seems like not only their students, but also employers, have started to care about them. Why else do people “perceive” it to be of value to put a certificate given by a MOOC on their LinkedIn-profile?

If that happens then it could be very reminiscent of what happened in the music industry. And what happens to the universities in such kind of a situation?

I suggest you put your eyeballs at the bundling logic. Something interesting is cooking under the surface.