Books nowadays are cheaper than ever. Amazon. But, some of them are actually more expensive than ever. What does that tell about what it will cost to take an MBA in the future? What does it tell about the possibilities to earn money as a provider of it? And; about the Ed-industry as a whole?

The consequences of books becoming digital is already visible; they have become cheaper compared to before. You can see it yourself by just checking on Amazon. Compare the price of an E-book to the price that you paid for the old paper books you have back home (if you still keep any).

This, of course, is then something that also is heavily debated, and already have been debated for a rather long time (see for instance this article). How much is a good read worth? Is it sustainable that authors get less per copy compared to before? What will happen if authors cannot make the same kind of living on writing books as before? You have already heard most of these questions is my guess.

It is a debate that seems rather similar to how ones the music industry debated whether piracy, and somewhat later; streaming, was good, or bad, and what would happen to the industry.

Still; it did happen. 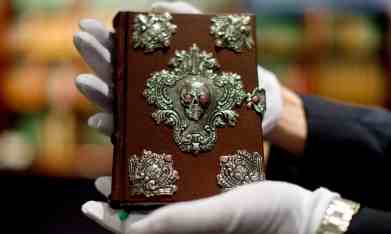 However, some books have actually become more expensive compared to before and that we easily forget. This handwritten edition of “The Tales of Beedle the Bard” that J.K Rowling ones made was for instance sold for about 360 000 Euro some years ago (she is the author of Harry Potter).

So, what actually has happened to books is that the difference in price between very cheap ones and very expensive ones, have increased.

And some books are nowadays even possible to download for free – even legally.

As an author of today it means that you on one hand might go bankrupt if you sell very few and get nearly nothing per book sold. But on the other hand; you might also become a millionaire, if you sell a huge amount of copies of that particular book. Or, if you make a unique book that really is asked for; you might become a millionaire by just selling one single copy.

Is it not reasonable that we will see the same pattern evolving for courses, the more E-learning we get?

Is it then not also reasonable to assume that the more E-learning we get, the difference between teachers, and “providers of courses” earning far, far more, compared to today, and the ones earning nearly nothing, will increase?

What will then that lead to in the future? Or, is this future actually already here?