Skip to content
Henrik Blomgren Disruptive Education, In the head of a learner, The business landscape September 10, 2020April 22, 2021 3 Minutes

Ones upon a time: vinyl and CD-records. If you were like me: two records per month. Costed 30 Euro. Back home: maybe 500 records. Became about 5000 songs. But today: 10 Euro per month, a streaming subscription. Access to 30 million songs. Lets apply that thought experiment to education and see where we end up.

Moore´s law is something that is well debated among researchers and others, but seldom among educators. In practice it works like this; roughly speaking, we get two times more, for the same price, or same, but for half the price, every second year. It´s actually not a “law”, it is an observation on what industry does. But the point is: it has been a relevant observation ever sense Gordon Moore, founder of Intel, did it during the 1960s.

And it is similar to an oil tanker; It does not matter if we stop the engine today. We will still see the practical consequences of it, in reality, many many years ahead.

Moore´s law is also the underlying reason why you today can get access to far more music compared to before, but to a far lower price. Exactly how I just showed it.

It is exactly as Peter Thiel, founder of PayPal, Palantir, and also one of the first investors in Facebook, so often have said: with the help of digital tools, and talented people, we, today, can deliver far more but for far less.

This is not a joke. It is a reality. And that is the real practical point by understanding Moore´s law. 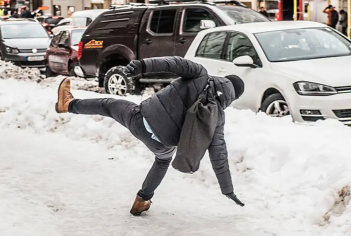 Just chew on it for a second: is it actually true we can deliver far more, for far less, nowadays? Sounds fishy, doesn´t it? Nearly like magic, right?

But yes, it is. The music industry actually show it to you every single day.

And it is happening in area after area after area. Music is only one of the early cases of it. There are already some other where it has happened, and some on their way.

What is in the way for making that happen already today? Well, the answer is different depending on which industry you think of, but in general the answer is: The existing industry-structure, and conservative people – us.

The only reason why the music industry became able to deliver to you, what they can deliver today, is that customers started to change their perception, and a total change of the industry-structure.

People like me, you, decided after a while that we preferred streaming instead of records. Why did we decide that? Because, we understood it could be better for us. We preferred getting more for less.

And during the road, the industry-structure for music changed, so we also could get it.

Why is it reasonable to assume we will see this happening also in other areas where it hasn’t happened, yet? Because: If it is possible to deliver far more to end-customers for far less, it is only a matter of time before someone finds out how to do that in practice, and starts working on it to become. And, because; us, the ones that are conservatives today not believing this to be possible, will change their perception.

But why on earth is it possible to know already now that people will change their perception?

We did not dream of streaming before it existed. But when it existed, and we got it in our hands, we decided to change our perception. We did not, any longer, find the old method, records, to be good enough.

And funny enough: we did not believe that we would change our perception, until we did. We even said: “records are great”. Today we say “streaming is great”.

So, if I claim that you could get the education you already might have at this moment for half the price that you payed for it, and at the same time get it two times better when it comes to quality, would you not say yes to that, at least after a while?

I mean: You would be able to release money that you can use for somethings else instead, so why would you, in the end, say no to my offer?

Now try this thought experiment one step further on education as the case, and what do you see?

A different industry structure on the horizon, right?

But will we believe in it before it is here?

Curating will soon be more fun than lecturing

Congratulations; you are just about to outperform Neil Armstrong

Pez, the candy, is the mother of all great E-learning

What actually happens on Zoom, Teams and Meet – connecting, in a deeper sense

Todays MOOC-platforms is not the final structure